For the last couple of months, when I travel with work I have been taking my Amazon Fire Stick with me so I can catch up with the new Top Gear called The Grand Tour. One thing I will say is that I have been slightly disappointed with it, I understand the need for it to be humours but it also omits information about the cars that I would actually like to know. I keep my Fire Stick in an old Bose headphones leather case, it fits perfectly. 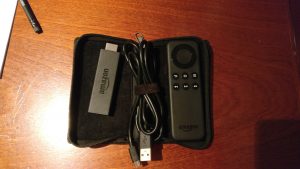 Anyway yesterday I rocked up to my hotel, plugged in my Fire Stick and went to change the source to HDMI. After 5 minutes of searching the TV for some buttons I couldn’t find a thing. Next I took a look at the remote only to find it missing the buttons needed to change the source. 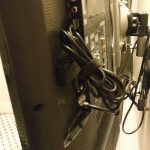 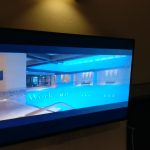 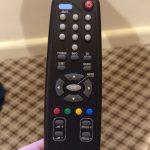 A quick google for the Samsung TV model HG40ED690DB (Type No.: HG40ED690) identified that the TV was a “Hospitality” model. I was however not going to let that defeat me. I came across a reddit  that had a similar problem but he had an IR blaster which I didn’t. I was limited to the commands available on the MH6107B Hotel TV Remote, which was importantly missing the MENU button. On the reddit I did come across a way to access the hospitality menu. This can be found on page 23 of the Samsung HG40ED890U Manual.

I wanted to make sure I could put the TV back into the state it was before so I was limited to what I could do on this menu. My solution was to just turn on the “Auto Source” function found in the “External Source” menu. This meant that when I plugged in the Fire Stick the TV automatically switched to the right channel. One I was finished I unplugged the Fire Stick and the TV went back to the TV channels. I then went back into the hospitality menu and turned off “Auto Source” returning the TV back to its original state. 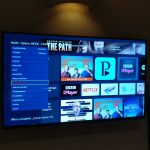 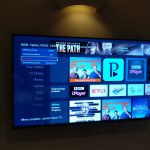 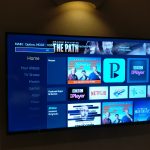 Finally I thought it would mention that for my birthday someone bought me a Grid-IT for holding my cables while travelling. It’s the first time I’ve used it but it seems like a pretty neat solution.

I am wondering if in future it is worth carrying a universal remote or IR blaster to make it much easier in future. Let me know if you come across a similar problem or find this useful.

My thoughts on the new Carbon GT